In March of 2008 I began treatment for a potentially fatal heart arrhythmia whose cause was unknown. I was fit and healthy, having spent a good part of my adult life as an elite cyclist, much of it racing in Europe.
After 5 years of fence-sitting on the part of my doctors, I have been given a diagnosis of ARVD/C (Arrhythmogenic Right Ventricular Dysplasia / Cardiomyopathy). I lack the known genetic markers for the disease as well as some of the structural changes that accompany ARVD/C, and my condition has shown no indication of being progressive (yet).
There is a growing population of current and former endurance athletes who end up with acquired arrhythmias, and a diagnosis of ARVD/C. But by placing these athletes in the ARVD/C patient population, we are potentially ignoring the very real likelihood of an acquired condition, similar, but different, from ARVD/C.
This blog is written as a resource for athletes with acquired arrhythmias, as well as anyone about to undergo endo or epi-cardial ablation, or the implantation of a ICD. It is also written to help generate some critical mass of interest in support of further research into acquired arrhythmias in endurance athletes and others. Feel free to contact me through the comments page if you have any questions or wish to make a written contribution to this blog.

The image above is about my heart, ARVC and the results of a recent round of testing, including an MRI. But let's skip to the part where I get an MRI with metal hardware in my chest that basically controls my destiny. This has got to be lowest-common-denominator interesting because MRI techies would have you believe that any metal you happen to absent-minded meander with into an MRI tube  is going to be ripped off - if not through - your body in some cinematic manner. Apparently this is not the case.

"It's not really about the MRI pulling things around in your body" the electrophysiology fellow who was prepping me for my test told me..."its more about the heat."

This was not the answer I was expecting, nor was it reassuring.

"We try to keep the ICD from heating up inside of you."

So, the magnetic field of the MRI heats metal. Those of you with an ICD know that the unit functions with "leads" - metal wires that are embedded in the heart that detect heart rhythm and deliver pacing, and eventually the shock, should it be needed. One can imagine an unpleasant scenario the medical journals refer to as"radiofrequency-related myocardial thermal damage ".

This did not happen to me. The MRI went according to the book. The tube was claustrophobic, I was nervous, but it all worked out. I prefer to keep my eyes shut once the donut has swallowed me. Knowing I have no ability to move is not such a big deal when I can't see the closeness of the machine.

After the first half-hour or so I started to enjoy myself. There is a hell of a lot of breath-holding with a cardiac MRI. Apparently this is key to getting good images. I was an easy patient and my case was almost boring, as evidenced by the EP fellow playing Angry Birds as I was wheeled through the control room when it was over.

The results, I would learn later, were pretty encouraging. As a reminder, the MRI was performed to determine if my bout with mycarditis a few months earlier had any lasting effects on my heart. It was also done to see if there had been any degradation to my heart, 5 years after my previous ablations and ICD implant. ARVC is a "progressive" disease that is thought to be negatively affected by exercise. By my estimation I've ridden my bike around 30,000 miles since recovering from my ablations in 2008. In 2009, determined to see if I could get back to a prior level of fitness, I did several bike races on my long-disused "Category 2" USAC license. Since then I've been riding as much as I wish as fast as I wish. Which is not particularly much or fast - but still mostly in the 75 to 95% of max heart-rate zones.
All highly ill-advised by the ARVC specialists.

My MRI showed that my heart was unchanged since my first MRI in 2008. In fact, one particular metric had improved - my Right Ventricle End Diastolic Volume had reduced slightly. This is important because right ventricle enlargement is a major symptom of ARVC, though it was by no means showing that my condition was reversing, either.

The end result was that I am exactly where I was in 2008, heart health and fitness-wise. My heart is a bit more enlarged than a typical athlete's heart, but no more so than before. If ARVC is a progressive disease, I am not progressing. More about what this may or may not mean in a future post...
Posted by c2 at 7:43 PM 10 comments: 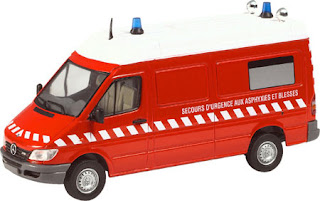 Sooo...did I mention I'm not the most diligent patient? After my run in with the Unknown Bugs I was thoroughly chastised by my heart doc Frank Marchlinski, various members of his support staff, my mother, and my Person (Molly), for not having seen a doctor or sent in my ICD data for the better part of two years. I was healthy, what can I say?
But I vowed to be more On The Ball; and that meant taking Marchlinski up on his offer of a repeat MRI and PET scan. The MRI was to judge the condition of my heart 5 years after my initial treatment, the PET scan was to determine if there were any immediate effects from the suspected myocarditis.
Now, those of you with an ICD might be saying to yourselves "but, I was told you can't do an MRI with an ICD..." And you would be sort of right. As it was explained to me, very few hospitals will do an MRI on a patient with an ICD, but in fact it can be done. U Penn is one. Specially trained technicians are brought in, the machine is recalibrated, an electrophysiologist and ICD specialist stays in the lab to monitor things, and it takes forever.
But by the time I was fully recovered from my sickness I had better things to do than truck up to Philadelphia and become the filling in various high tech donuts for the better part of a day. Or so I thought. 2012 became 2013 and I still hadn't made my appointment.
It was some time in January that Molly and I found ourselves woken every morning at a quarter of seven by our neighbor's alarm clock. This was not particularly notable, apart from the fact that it sounded like a distant Euro-style ambulance (eee-naa!...eee-naa!), and it seemed to be a reminder of immanent doom. As if all my years of damaging myself in the bike racing battlefields of France had come to this. If I didn't make the damn call and get the MRI, the grim reaper was closing in behind the wheel of a bubble-topped red Mercedes "Sprinter" with "Secours!" written on the side. Over a month went by with this constant early morning reminder niggling me to make the bloody appointment. Then, thankfully, we moved.
Excitedly putting together our new home, I forgot about the MRI. Then, quite literally the morning after our move, the grim reaper Euro-ambulance woke us up again with its incessant "eeee-naaa." We looked at each other incredulously. What were the chances that our new neighbor in our new apartment had the same alarm clock as the neighbor in our old apartment? I pondered this in the shower a few mornings later, up earlier than usual, when the alarm went off again. Strangely it seemed just as far away as it did in bed, by which I mean, basically right next to me. It was then that I realized, the grim reaper Euro-ambulance was my goddamn defibrillator.
I had my ICD interrogated by a local EP. The battery was almost dead, and it had been for quite some time. I couldn't actually say when I first started hearing the alarm, but it was well over a month. I needed a new battery post-haste. This was very premature - ICDs are supposed to last at least 8 years, and mine was in its death throes at barely 5 years-old.
This was actually a relief to the crew at U Penn. I could get my MRI immediately before my ICD replacement surgery. This meant that if the ICD should get fried during the MRI it really didn't matter, I'd be wheeled upstairs for a new model directly. Knowing the grim reaper was empowering: I made my reservation, one day for the PET scan, one day for the MRI and ICD replacement.

This blog gets blogged:

"Half Hearted" - my handle over at Strava...